Last week I took the boys to Blast Beach at Seaham.

We’ve been a few times, but I hadn’t clocked until this time it’s a National Trust beach (no charge to enter). 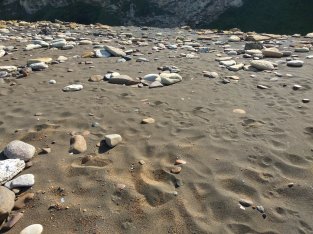 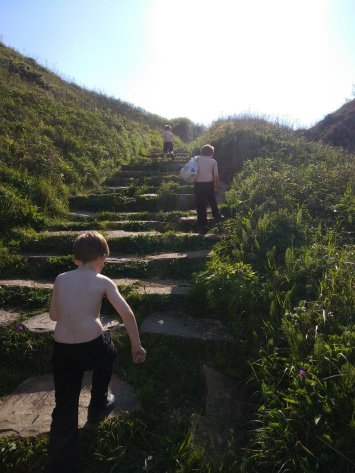 The stretch of Durham Coast was once home to the biggest coal mine in Europe, and to some of the worst coastline pollution in the world. Buried under no less than two and a half million tonnes of colliery waste every year, the beach was a no-go area for people, animals and birds.  Thanks to a massive clean-up project involving the National Trust and 13 partner organisations the vast majority of the waste has now been removed and wildlife and people are able to use the coast again.

If this hasn’t put you off, this beach is a real adventure playground – getting down to it from noses car park is a steep hill which the boys love.  There are lots of rock pools, and the beach is a mixture of rocks and beautiful brown sand (the first placce I’ve ever seen this).  There are also rock formations and a pill box which you can enter.  You can walk along the beach and back, or return to the car park via a cliff top path.  The boys spent ages throwing stones into the sea, and searching for washed up treasures.

If you fancy a treat after your walk you could head to Lickerty Split creamery or to Seaham Town Park (a.k.a the helter skelter park – one of the boy’s favourites) for a picnic.   Seaham is also home to a Fun Shack (which has laser quest game included each hour within the admission price), and 5 star Seaham Hall Luxury Spa Hotel.